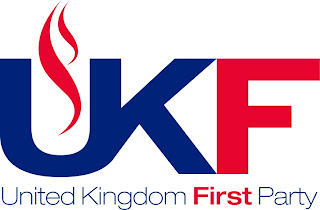 
The corruption of some in Politics is what gives the remaining 10% a bad name!

UKFirstParty Held Its 2nd. Public Meeting 17-Mar-2009 - This Time in the SOUTH EAST!

Members of UKFirstParty held their first public launch meeting last Saturday in the Eastern Region. The meeting was a great success throwing up a number of very valid questions with one of the main speakers being Robin Page who had recently resigned from EUkip in disgust at their serial law breaking, bullying and institutionalised dishonesty.

Considering the late announcement of the meeting in that most of those present did not hear of the meeting until the last couple of days and only by word of mouth invitation. (You will note that neither on this blog nor via CaterpillarsAndButterflies nor Junius blogs did we announce the time, place or details until the meeting had all but commenced as we were told that the organisers did not want other than invited guests - albeit ostensibly it was a public meeting, in that guests could be brought.

There was an undertaking that there would be no embarrassing surprise guests such as TheBNP pond life!! Martin Hasslam was all too well aware of the embarrassment he had experienced when to his surprise he had the misfortune of being introduced to Nick Griffin and some of his knuckle dragging racist chums at a dinner he had been invited to without warning!

I understand there were approximately 30 selected guests today and the meeting commenced with Martin Hasslam welcoming one and all and assuring everyone present that the new party was totally anti racist and at no time would they under any circumstances have anything to do with racism or TheBNP, no division of territories or collusion with such organisations.

Many present were greatly reassured by this undertaking from Martin Hasslam - endorsed by other founder members of UKFirstParty.

Members and those onlookers considering their positions were further reassured by the fact that another founder Peter Cole gave an undertaking that although he currently worked 9 to 5 for Tom Wise the EUkip MEP - Tom Wise, although aware of the vibrant new Party was taking absolutely no part and Peter was at liberty to act in his own interests in his own time.

Peter duelly continued to use his own time to outline the aims and structure of the new party.

Further reassured Petrina Holdsworth took the stage and gave what was considered to be an excellent and passionate speech announcing, as a result of the reassurances she had received that she had accepted the invitation to stand as the lead MEP Candidate in The South East Region for the June 4th. EU elections.

We understand that John Petley spoke with conviction and knowledgeably and is likely to take the second lead candidacy in the South East.

We understand almost all who attended have either joined or have given an undertaking to discuss the concept with their fellow branch members with a view to joining as groups.

It would seem that there will be not only no difficulty in finding good candidates to stand but a good spread of members top coevr the territory.

I do hear sadly that there was one elderly gentleman who seemed convinced it was a EUkip meeting and he had hoped to meet Kilroy Silk but it was a consolation to see Mr. Mote who was doing such a good job for the party had turned up - News to all but this typical EUkip member!!!

I understand that one very good idea came of the meeting of instant value and that was the suggestion that in order to boost members rapidly anyone handing in a membership of any other Party (NOT TheBNP or similarly racist party) before June 4th. would be permitted to join the party at no cost for twice as long as they had outstanding on their old defunct party's card - upto 6 months worth.

I thought this was quite a clever marketing weeez but was unable to ascertain whose idea it was - it would clearly give the entire Party a shot in the arm for growth.

Now all they need to do is hope that they can persuade Robin Page to join them and stand in The Eastern Region and build a full slate of members and supporters to block the vile David Bannerman and the other cheats, frauds, liars and bullies that seem to be all that EUkip can muster.

Has anyone any suggestions for the London Region where EUkip's support has collapsed and their voting record has become such a joke that it looks all too likely that unless UKFirstParty can muster some sound candidates the revolting BNP will get in as a protest vote.

As for other areas one has to hope that Trevor Colman will show the integrity to stand for the New Party in the South West with perhaps Dr. Eric Edmond as his number two candidate and I'm sure from there on it will be no problem finding candidates and members including from those who still support UKIP and have been sickened by the dishonesty, bullying, lies and corruption of the likes of Malcolm Wood, Graham Booth, Gawain Fowler and others.

One has to wonder whether this is why The Chairman of Wales EUkip John Pratt has liberated himself resigning from the chair. Let us hope he might be able to build a team of decent folk in Wales and some serious candidates.

Good luck folks - it looks very much as if the party is on the roll now all that is needed is a clear and visible leader who can form a consensus and drive the party forward - it is such a pity Bruce Lawson seems not to have the probity or ability (for details CLICK HERE) - Simillarly Del Young would seem to have learned little and has to date precluded himself by failing to provide a CV and details of himself and his track record as shown in the latter half if you CLICK HERE.

Time will tell and there is plenty of committee style work to do as the party grows and I am sure a natural leader of stature and probity will emerge.

For further information on The UKFirstParty which claims to be a non-racist, non-sectarian party bookmark this page and come back to the Blog regularly and we will try to keep you up to date.

TO LEAVE THE EU

What is the exit and survival plan for these United Kingdoms to maximise on the many benefits of leaving The EU. It is the DUTY of our Politicians and Snivil Cervants to ensure the continuity, liberty and right to self determination of our peoples they have a DUTY to protect against crime and secure both our food and our border.

NONE of these DUTIES has a single British politician upheld for 40 years. They have drawn their incomes fraudulently and dishonesty.

Politicians are failing to tell the truth, but so are almost all wanabe Politicians, the MSM and Snivil Cervants.

The fact is that even if EVERY British MEP wanted change in The EU it would achieve NOTHING.

Every single British Politician, of EVERY Party, elected since before we joined the EUropean Common Market, has promised to change The EU's CAP - In 40 Years they have achieved absolutely NOTHING!

To try to put a value on OUR Freedom is as futile as floccipaucinihilipilification and as odious as the metissage of our societies, as we rummage in the ashes of our ancestors dreams, sacrifices and achievements, the flotsam of our hopes and the jetsam of our lives, consider the Country and Anglosphere which we leave our children and the future, with shame!

PLEASE POST THIS TAG AS FOLLOWS:ON YOUR eMAILS & BLOGS, FORUM POSTINGS & MAILINGS - GET THE MESSAGE TO THE PEOPLE IT IS OUR BEST HOPE AS WHOEVER IS APPOINTED WILL MAKE NO DIFFERENCE AS PROVED!

I SUGGEST – since there is clearly no political party of repute, advocating or campaigning for withdrawal of these United Kingdoms from the EU and restoration of our independent sovereign, democracy, with Justice & the right to self determination in a free country.

Deny the self seeking & meaningless wanabe MEPs the Mythical Mandate for which they clamour. Diktat is imposed from The EU but Law should be made at Westminster, for our Country & our Peoples.

Write Upon Your Ballot Paper:

Is A Human Right